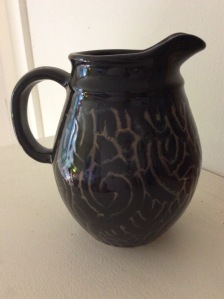 What do I want? Such a simple question. What is it I want?

I was sitting with a group of friends, and someone asked simply the question: “what do I want?” She reflected, then, on what she had “wanted” at times in her life. She mentioned her choices, choices that became clear in her wants.

I had feelings, then. I realized that what I had allowed myself to “want,” was a long way from what she had allowed herself to want, to desire, to consider as a choice in her life. I could not, given who I was, given where I had come from, given who my parents were, who I was, given the circumstances of my birth and even my ancestry. Who I am, as well as what I can want, had certain limitations.

We can see “want” reflected in the world around us. Some of us can “want” what others have. Some of us want what can never be ours. Sometimes, we cannot even want, at all. The places we come from, socially, politically, culturally, intellectually, allow us, or do not allow us to want.

Even to “want” is a luxury,  not given to all.  I felt that when my friend mentioned her choices, which had offered opportunities for want that I did not have, had never had.  Sometimes, even now, in my 60’s, I can begin to want for something I had not considered before.  Do I want to travel to India?  Do I want to learn to swim?  Do I want to know another language?

I think that as children, we can be given the gift to “want,” or the gift will not be given, at all.  Some children can never want.  There is no room in their home, in their lives, in their world, to want.  And that is true for the privileged as well as those who are not born into privilege.  Some children have all that they want fulfilled, the basket of their wants over-flowing, even before they know want.

Such a simple word.  So much meaning, so much depth, so much potential in that word:  want.

The ancient Hebrew word for want is:  chaser.  It’s meaning can be translated in these ways:  “to lack; by implication, to fail, lessen:  be abated, bereave, decrease, to cause to fail, lack, make lower.”  (blueletterbible.com/lexicon).

What is it I want?  Sometimes, even now, I ask myself that.  What do I want, today?  Do I want this, for lunch, to wear, to see, to experience?  Am I allowed to want, to have this place of lessening awakened in me?  Perhaps I cannot allow this to be awakened, perhaps there is not room for my want.

“My children want for what they cannot have.  I have only these hands among your roots and a few places of sunlight in the house.”  – Mary Elyn Bahlert, “Houseplants.”