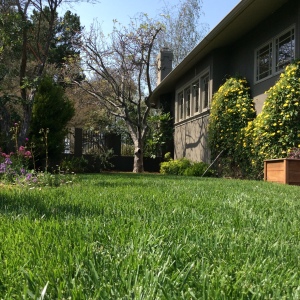 These past few weeks, I have watched, as much of America and the world has watched, the aftermath of the death of a black man in police custody – in Baltimore, MD.  People have gathered in the streets to protest the death, and to bring the country’s – and the world’s – attention to the matter of racism and police use of force in the United States.  Having marched on many occasions in my lifetime, I am from a generation and a family of people who understood that sometimes the people must take to the streets to take back our democracy.  Like so many of us, I do not condone the violence that has erupted, the fires started in Baltimore, the reckless among the marchers.  But I also know that some things will happen, some people will not march peacefully; so many things in this situation – as in our lives – are out of control, and can become out of control.

Hopefully, the violent few will not stop the message of many from being communicated:  change is needed.

I especially appreciated the simple and clear statement made by David Brooks on the Public Broadcasting System New Hour last Friday, May 1:  “We know what the problem is:  we don’t know what to do about it.”  Hopefully, that is a statement of progress, a statement that those of us who are white are coming out of denial, that we realize that we are implicated in the systems, the structures that are our system, and that we also will be looked to for solutions for our part in these systems.  I pray that strong leadership will arise that will allow us as a country to confront the institutionalized racism that is in the fabric of who we are.

I was also touched by the interviews by members of the news media as they talked to people on their front porches in the neighborhoods directly connected to the violence that had broken out in the protests.  I heard the comments of an African American man who lives in the neighborhood where buildings had been burned:  “When I was young, the police walked on our street.”  He was remembering that there was a different relationship with the police in those days.

I remember those days, also, and I often think about how times were different then, in the 1950’s and early 1960’s.  I remember that we knew the names of the officers who walked down the streets of the city where I lived.  I know that we respected those officers.  I was a white girl, of course.  I was also raised in a generation – for good or not – that was expected to respect adults.  When I was with other children in the neighborhood, we knew each others’ parents, and we called them by their last name:  “Mrs. Smith.”  “Mr. Schmidt.”  When I look back now, I realize there were many things we did not talk about, that were an unconscious part of those streets and of the lives of the children who played there – domestic violence, drinking, sexual abuse.  We held adults and authority with respect, to be sure, and that has, like anything in life, positive and negative realities.

Was it as simple as the end of our naivete?  Was it the Watergate scandal?  Or Vietnam, and the lives of so many sacrificed in a war that was never really called a war?  Was it 2001?  Was it the resignation of the President?  We are the generations that remembers  the assassination of a young President whose election had brought many great hope.  We are generations that saw immediately and horribly the assassinations of a great civil rights leader and prophet, The Rev. Martin Luther King, Jr., and Bobby Kennedy, within a few months.  I remember my brother shouting from in front of the television that day:  “He shot him!”  Like millions of others, my brother had witnessed that moment, on live television.

What is the role of the Internet in all these changes, and the ability we have to see events as they happen, all witnesses to the world’s quickly changing borders and the identities of its people?

What do these things say about us as a people?

I also am not offering these thoughts as an exercise in nostalgia.  We are here, now, given our history, given our mistakes, given our greatness as part of the creation, and even given our questions.  This is who we are – and who we are not.

As I enter the Wisdom Years, I can see that those among us who have lived a long time have something that those younger folks among us do not have.  We have the scope of history, a scope that has driven us through tumultuous and rapidly changing times.  We also have the scope of our own histories, reflections on our own mistakes, some simple learnings, and we also have the ability to hold questions, to know that we do not have answers.  We are wise enough to know that the questions may be all we have.  We are people who can take the long view.

I am grateful for the life I’ve had.  I know I have had privilege  that I did not earn, by who I am, a white woman, an educated woman, a woman who has lived through times that women of no generation before has experienced.  I know my mother did not know the freedoms – internal and external – that I have had and yet, she, too, is part of this history.

I am certain that others who are the elders are ruminating, also, and although not quickly coming up with answers, considering, turning history and the changes of history over in our hands, as one turns a rock over to see the other side.  Political correctness and opinions and views that we have held onto for so long don’t hold the answers we need, and I think they will have to be set aside.  How can we stop being so afraid of one another, how can we stop taking offense so quickly, how can we hold a space for answers, new answers, new behaviors, to take up space?

I facilitate your conscious evolution to your deepest self-expression. I am a guide to discovering and living from your most empowered self. I work with individuals, groups, and in retreat settings. View all posts by thewisdomyears

2 thoughts on “Taking the long view…”